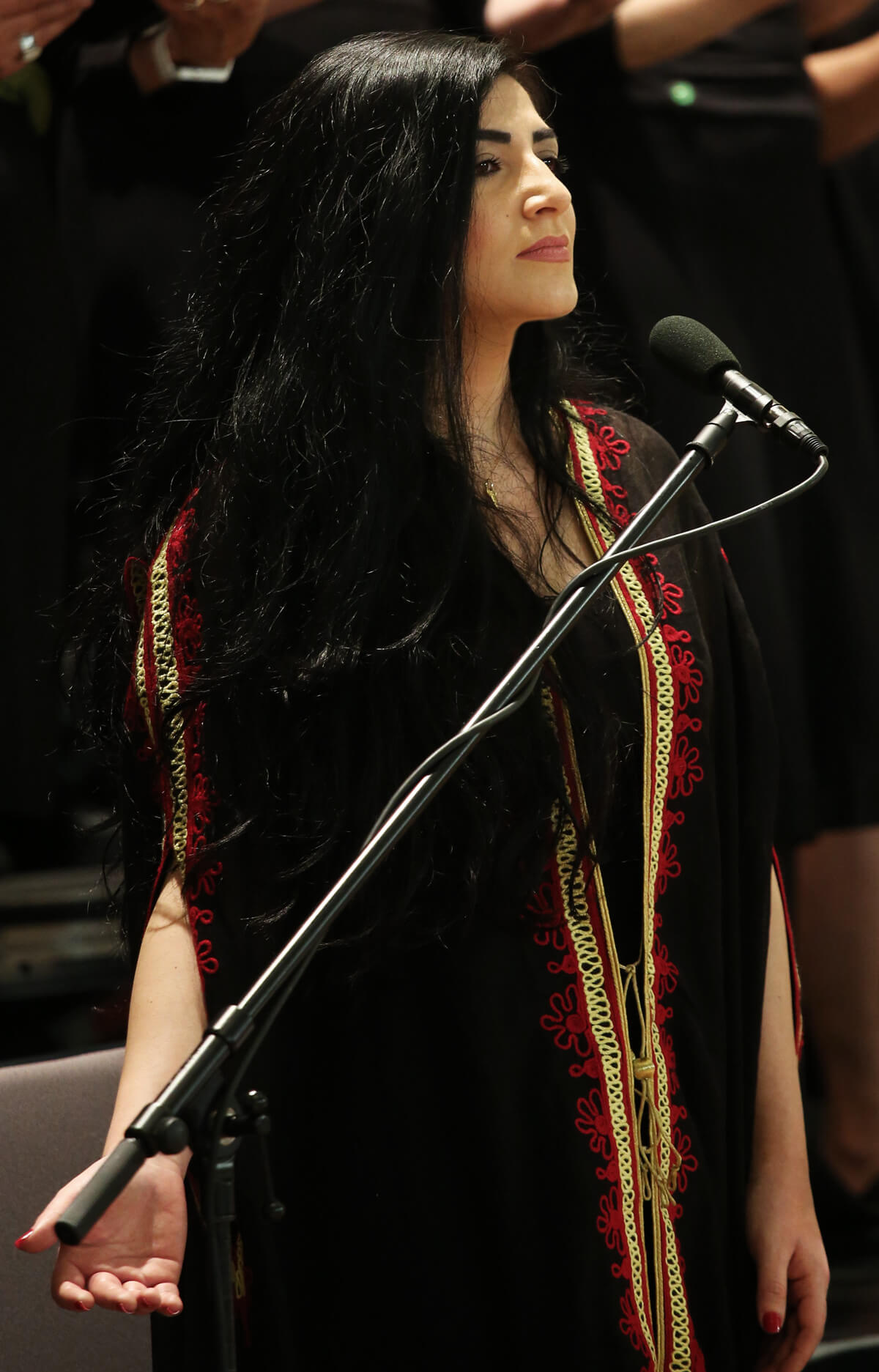 Rita William was born in Baghdad, Iraq. By the age of 9 she was picked among her peers in school to represent Baghdad for a vocal contest in 1994. Rita was singing at a variety of local events, including fairs, contests and political events.

Since 1998, Rita has performed concerts with Peace Community Church and did more than 20 concert programs in different parts of Iraq.  She performed in “Concert for Peace” in AL- Moutamarat Palace in Baghdad.

In 2001, she moved to Cologne, Germany and she pursued her passion with music in Germany too. She began a period of touring in Germany.

Rita William had a successful worldwide tour. She visited and performed in Canada, France, Netherlands, Belgium, Lebanon, Palestine and Egypt.

All Concerts have been canceled due to the corona virus

This ist an official album wich was Issued in 2005 and composed by the artist Rita William. It contains a christian hymns with iraqi and golf style.

This website uses cookies to improve your experience while you navigate through the website. Out of these cookies, the cookies that are categorized as necessary are stored on your browser as they are essential for the working of basic functionalities of the website. We also use third-party cookies that help us analyze and understand how you use this website. These cookies will be stored in your browser only with your consent. You also have the option to opt-out of these cookies. But opting out of some of these cookies may have an effect on your browsing experience.
Necessary immer aktiv
Necessary cookies are absolutely essential for the website to function properly. This category only includes cookies that ensures basic functionalities and security features of the website. These cookies do not store any personal information.
Non-necessary
Any cookies that may not be particularly necessary for the website to function and is used specifically to collect user personal data via analytics, ads, other embedded contents are termed as non-necessary cookies. It is mandatory to procure user consent prior to running these cookies on your website.
SPEICHERN & AKZEPTIEREN
Lade...
Lade...